54 of the Most Inspiring Aldous Huxley Quotes 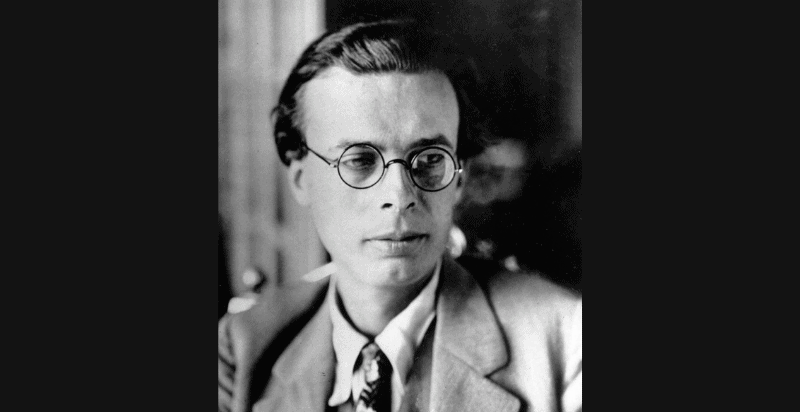 Aldous Huxley, fully named Aldous Leonard Huxley, was born in 1894 in England. His grandfather was Thomas Henry Huxley, a prominent biologist. His father was Leonard Huxley, a man of letters and biographer. His brother, Andrew Fielding Huxley, became a psychologist and his other brother, Julian Huxley, became a biologist. While studying at Eton, Aldous became partially blind because he had keratitis, caused by an injury or infection in your eye. Even though his condition made it extremely difficult for him to read, he graduated from Balliol College in 1916. After graduating, he published his first book, ‘Athenaeum’ and began focusing on his career of writing. Much of Aldous Huxley’s time was spent living in Italy, but he then settled in California in the 1930s.

After his first two novels, ‘Crome Yellow’ (1921) and ‘Antic Hay’ (1923), were published he was then considered an established author. In 1932, Huxley published Brave New World, in this book he expressed his strong distrust in technology and politics, the publishing of this book was a turning point in his career. After moving to America, Huxley published his book, ‘After Many a Summer Dies the Swan’ (1939), this novel focused on the American culture.

Some of his later works included: The Devils of Loudun (1952), a psychological study on the nuns that were supposedly victims of being possessed by demons, and The Doors of Perception (1954), a book in which he expressed his experiences while on a drug called mescaline, which is a natural hallucinogen that is found in certain cactus plants. He published a final novel, Island, in 1962 before he passed away the following year on November 22, 1963.

Our friends over at SparkNotes provide an excellent short overview of the book. Definitely worth a watch, especially if you are a Huxley fan!

If you’re a reader, you may want to check out some of Aldous Huxley’s published novels. He was known to be one of the best writers of his time. Use some of these quotes to teach about Aldous Huxley, in a school project, or just for personal use to get you thinking.

He is a well-known author in the world of books and some of these quotes are bound to inspire you along with make you consider the ideas he is expressing.